Blog Tour Stop & Giveaway for Give Me Love by Kate McCarthy 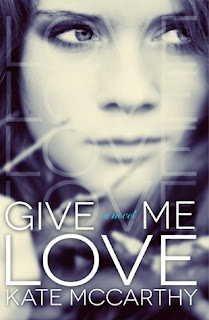 Evie Jamieson, a former wild child, is not only a headstrong, smart-mouthed trouble magnet; she is also a lead singer with a plan. That plan involves relocating her band; including her two best friend’s guitarist Henry and band manager Mac, to Sydney to kick off their dreams of hitting the big time.

Jared Valentine is the older brother of Evie's best friend Mac and also the man determined to make Evie his. They strike up a long distance friendship which suits Evie because she's determined to avoid the distraction of love, not only because it doesn't fit in with her plan but because twice in the past it has left her for dead. Moving to Sydney however, has put her directly in Jared's path and he has decided it's the perfect opportunity to make his play.

Unfortunately Jared, co-owner in a business that 'consults' in dangerous hostage and kidnapping situations, makes an enemy who's determined to enact revenge. When this enemy puts Evie in his sights, Jared not only has a fight on his hands to make her his own, but also to keep her alive.

Is accepting the love he's so desperate to give worth the risk to both her heart...and her life?

Book Trailer: I love this <3


Review:
Love, Love, LOVED IT!! This is one that will be on my TBR AGAIN shelf, it's that good! This is the perfect mix of rocker chick meets bad boy. It has just enough angst but won't rip your heart out. I loved the dynamic between the band members/friends. Especially Evie, Mac and Henry. They have the best nicknames for each other, it kind of reminded me of the crazy names that my friends have for each other.

One of my favorite lines from the book:
"Ready to talk yet?" he asked.
"No."
"How about if I ask you the questions?"
"No."
Jared looked amused rather than deterred. "I'll find out eventually."
I put my book down with a huff. "Yeah? How do you suppose you'll do that?"
He rolled onto his side and his eyes did that warm and gentle thing again that made my heart turn to mush. "Because one day you'll belong to me, Evie, and I'll know everything about you." 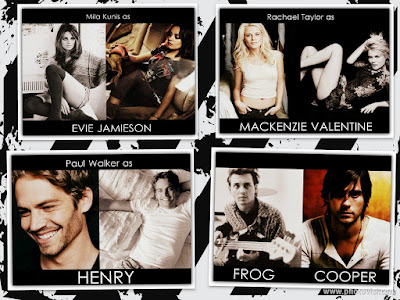 Evie has decided that nerds are the way to go if she doesn't want to have her heart broken again, so that's all she dates. She can have fun and not get attached and all this works until she meets Jared, one of Mac's older brothers. One look at him and she knows he will break her, so she is determined to keep him at arms length and this works for her until her and the band move to the same city Jared lives in to pursue their rock career.
Now that Evie is closer, Jared thinks it's time to let her know how he feel, but Evie isn't having any of it. She automatically puts up walls and refuses to knock them down. Both Jared and Evie have secrets and hang ups about past relationships that they have to overcome. They are perfect as friends but can't seem to get their shit together to become anything more. Everyone's lives are put in danger when an enemy tries to get revenge and will stop at nothing until he gets it.
There is so much suspense in this story, it's romantic and edgy and absolutely brilliant. The characters are addicting, you will want the story to go on and on. I hope there will be more books about the other band members. I would love to know Henry's story and Mac's.﻿ 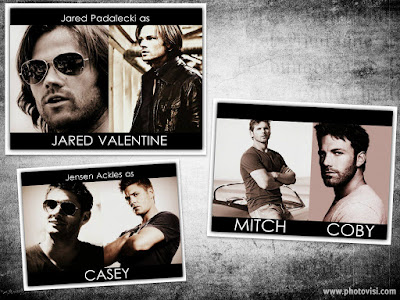 a Rafflecopter giveaway
Posted by Unknown at 8:30 AM